Who knew fresh pasta was possible on a gluten-free diet?

Before going gluten-free, I was a sucker for a nice bowl of pasta.  Even as a Celiac, I can't resist.  The hard part is finding gluten-free pasta that lives up to its gluteny cousin's reputation.


Hollywood Foods Inc offers a wide range of fresh gluten-free pasta to satisfy even gourmet palates.
Pictured above is the fresh linguini.   This would have been amazing with an Alfredo sauce - Linguini Alfredo - yum!  Unfortunately I was at my parents and had limited options.  The tomato sauce was also fantastic, I might add, though not the typical sauce for linguini.


You can check out their website for a list of stores that carry Hollywood Foods Inc products.  Please be aware that selection may vary and your best bet is to check out their main retail location:

Please keep in mind that they do offer regular gluteny pasta (made in a different facility) - always double check your packages that they are the gluten-free varieties.
Posted by Unknown on Saturday, June 30, 2012 8 comments

Visiting Voila! Gluten Free Bakeree in Oakville is always exciting for me.  This time I got to share the excitement with my boyfriend who is also gluten-free and hadn't visited yet.

It's amazing that I can walk in a bakery and have the ability to choose whatever I please.  Everything is gluten-free and delicious!

_____
Biting into this cheese bun instantly brought back memories of high school and going to the bakery for lunch to pick up fresh cheese buns.  Heaven!  I immediately ate one when I left the bakery, while strolling around Lakeshore in Oakville.  I had purchased 4 buns in total... that was not enough.  On the way back to the car, I stopped in the grab the rest of Voila's cheese bun supply!  They make a great quick snack on their own but I'm sure they would be lovely with some sandwich fillings.  Mine just have never made it that far :)

_____
Yeah that's right.  Coconut cream pie made gluten-free.  It was a little mini size pie but full on flavour.  Coconut fans must stop in for this tasty treat!

_____
The cookies above might be my favourite cookies!  I believe they are dairy and egg-free as well as gluten-free and have a slight lemon flavour.  Amazing!

_____
It has been a while since I had an oatmeal cookie!  Voila! uses certified pure oats so they are not contaminated with gluten.  They also have three options available - oatmeal raisin, oatmeal chocolate chip or plain oatmeal.  I went for the classic oatmeal chocolate chip and instantly remembered my love for oatmeal.

_____
I made my own gluten-free sub using their baguette.  I should probably go back so I can review the baguette for garlic bread, huh?  Yes... that's what I will do... mmm.

_____
I bet ya don't see gluten-free samosas every day!  They are seriously amazing... I had to "share" mine so I ended up with four.  Definitely not enough.  Next time I'm buying a dozen and freezing them so that I can always satisfy my samosa craving.  Filled with potato and green peas and curry - not to mention the dough is absolutely amazing.  Perfect!

Got a birthday coming up?  You should get your cake at Voila like I did last year!

Head on over to Voila! Gluten Free Bakeree and see what I mean about all the yummy goodies.  You won't be disappointed.

Voila is a sponsor of Gluten-Free Ontario.  I would love for you guys to show your support for GFO by supporting the businesses that make this blog and website possible! Thanks!
Posted by Unknown on Tuesday, June 26, 2012 1 comments 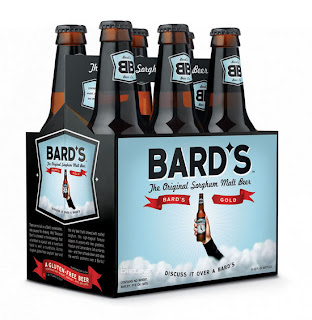 This blog post is to clear up any confusion... I know a lot of you got excited seeing that Lay's Old Fashioned BBQ Chips are gluten-free.

I hate to break it to you guys... the popular Lay's BBQ chips (in the black bag) that you see on most store shelves is NOT gluten-free. 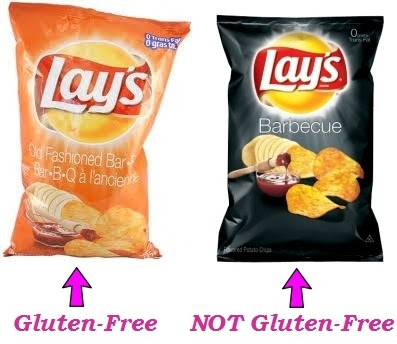 As of right now, the regular Lay's BBQ Chips appear to be the only gluten-containing product from Lay's.

Please be sure to read the label every time.  Ingredients may change without notice. 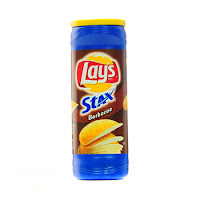 The good news is:

Everyone knows Lay's chips and everyone loves them.  This is a theory I have.

You will be happy to hear that many of Lay's chips have now been certified as gluten-free through the Canadian Celiac Association's new Gluten Free Certification Program.

I want to point out that there is no flavour difference to the Lay's products you grew up enjoying.  These products that have been certified have either always used naturally gluten-free ingredients or have been reformulated to be gluten-free without sacrificing the taste!

This is a direct quote from the Lay's team:


The current list of products that have been certified as gluten-free include:

New packaging will be rolling, including the words GLUTEN FREE at the end of the ingredient lists of the certified products. 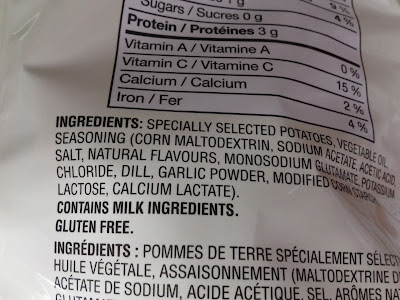 Since I am such a generous person, I have decided to donate the gift basket that I was supposed to receive as a prize for one of you in this giveaway!

Contest!!
What is your favourite flavour of potato chip?
This contest is open to Ontario residents only! (This is Gluten-Free Ontario, after all) The winner will be chosen at random and I will post the winner's name by Wednesday, June 13, 2012 on Facebook, Twitter and on this page.

Comments on this blog require approval - please only post once and I will approve them at a later time.
Posted by Unknown on Saturday, June 09, 2012 152 comments

Last night I had the pleasure of attending Snowman Brewing's second beer sampling night at Burger Bar in Kensington.  This time, the beer was a brown ale.

Comments from everyone I talked to were positive. There are no other beers on the market that resemble a true beer so Snowman Brewing is really ahead of the pack on their innovative creations.  I am told the beer was the same as they remember a brown ale and they did a great job matching the flavours.

The place was packed when I got there at about 7:15.  It was raining and I was forced to wait outside.  I saw my friend Tammie from Allergic Solution dining with her family, enjoying some beer samples.

I met up with Jaclyn, someone I met through Gluten-Free Ontario years ago and have been in contact with many times online.

We were greeted by Kevin with a smile and wonderful beer samples!
Hate to say it... but once again the service was a little lacking.  (Not you, Kevin!)  I'm happy to say at least this time my order was taken and my table got served some food.
Pictured above is the Bison Burger with Gluten Free Bun.  It was described as the "best burger."  The bun was soft and didn't crumble (we have Aidan's to thank for that) and the burger was tasty, toppings were fresh.  I should point out that the fries are technically not totally gluten-free... they are cooked in the same fryer as items containing gluten.
Here is the Cowboys Supper that I have been wanting to try since the first Snowman Beer Night.  With an option between eggs and tofu, I chose eggs but received tofu.  The meal was a little bland.  I likely would not order it again.  Wasn't horrible though and I did eat as much as I could.  Luckily the beer was filling too ;)

We were able to get pints of the beer this time!  mmm...
When the bar slowly started to empty, my table had a chance to talk a bit more with Hirsch and Kevin.  They are the guys behind Snowman Brewing.  Unfortunately, the beer cannot be purchased in LCBO or in bars - yet.  But plans are in the works... and I will, of course, update you guys on progress as it is made!
Posted by Unknown on Thursday, June 07, 2012 0 comments