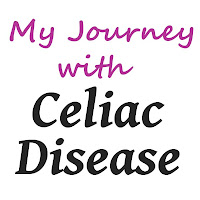 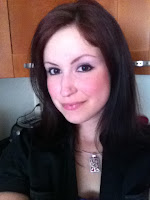 It's my Celiac anniversary - I've been gluten-free for 6 years!

Ever wonder how I got here?  How Gluten-Free Ontario was started?
_____

I was in my first year of college (Police Foundations, if anyone's interested) and living life to the fullest.  Partying, going to school, studying, working.  Looking back, I'm surprised I found time to sleep.

Life suddenly came to a halt just into my second semester - I was sick.  I missed two straight months of school and work... and obviously gave up on the partying, too.  (Sound familiar, anyone?)

I had friends(?!) telling me (and others) that I was faking it to get out of work.  Faking it to get out of school.  Oh yes, I love faking sick to spend day after day at home in bed.  I love wasting thousands of dollars on education and textbooks.  (I did finish the semester and the rest of the program, by the way, and managed to get honours.)

I had multiple doctor appointments each week and numerous prescriptions and tests.

It was the afternoon of Friday, April 7, 2006 that my family doctor's office called.  They told me I needed to come in that afternoon before they closed... whenever I could make it there, they'd squeeze me in. (Yes, I know my doctor is awesome!)

After all of the tests I had been through leading up to that day, I was confused what she was calling me in so urgently for.  Usually the receptionist calls and tells me to make an appointment some time in the next couple weeks.  She wanted me there that day... that can't be good.

She sat me down and told me I have Celiac Disease and needed to follow a gluten-free diet for life.

I left the doctor's office, with half of me thinking, ha, there's a name to what's wrong with me and all those people who thought I was lying to get out of school and work can shove it!

The other half of me was thinking, aw crap, now what?  What am I supposed to eat?

I went to Loblaws on the way home from my doctor's office for some much needed gluten-free food. (Having worked at no frills for 3 years, I knew they had no special food for me.)  To my surprise, Loblaws had a pretty good selection!  Remember, this was 6 years ago and I had never heard of gluten-free food or Celiac Disease until a couple weeks before my diagnosis.

My first gluten-free meal that evening was potato pasta which I paired with some tomato sauce.  Wow, that meal was an utter failure.  The pasta was nothing like wheat pasta, it was quite disgusting and mushy and tasted gross.  I thought I was doomed to a life of crappy foods.

Little did I know, there was tons of companies out there who actually care about the quality of their food.  Some you can't even tell are gluten-free!! Plus, you can make lots of yummy foods with simple ingredients.

I learned early on that you can either be bitter about having Celiac Disease or you can choose to look at the more positive things in life.  I chose to see the positive side and help others find the good things in life.  I'm slightly obsessed with food... and I feel it is my duty to try all gluten-free food that is available :)

I was tired of all the American websites and support groups discussing restaurants and products that we don't have in Canada.  About a year after diagnosis, I started a group on Facebook called Ontario Celiacs.  It was a place for me and others to share local gluten-free information, like what kinds of products were out there, what stores had a good selection and restaurants that offered a gluten-free menu.

I was all about trying to keep my life as normal as possible.  Normal to me was having the ability to go to restaurants with friends and family and continue enjoying pizza and pasta, even if it was gluten-free style.  This meant being aware of which restaurants could cater to my needs.  I spent hours seeking out restaurants with gluten-free options and gluten-free menus.  In my conversations with other Celiacs online, I realized that not everyone was familiar with the discoveries I had made about which restaurants offered food for us... and an idea came to me.

I would toss together a quick list of restaurants in Toronto that had gluten-free food.  But why stop there?  What about all of Ontario?!

Gluten-Free Ontario was born on July 31, 2007.
(Well, that's when I bought the domain... the rough draft of the website was up a bit before then.)  I had no idea how much it would grow in the following years.

In 2010, I made a Facebook Fan Page for Gluten-Free Ontario just out of boredom one day and I actually got a few fans.  In early 2011, I started posting random pictures of food I was eating, products I was buying and the page started growing.  People were interested.  I started updating the Facebook Fan Page daily and paying for some advertising.  And here we are, 4200+ fans later and going strong. UPDATE: As of September, there are over 6700 fans.

One thing that surprises me is how much awareness has increased, even in just the 6 years that I have been diagnosed.  I see articles, television segments and big companies coming out with gluten-free food, not to mention the HUGE number of restaurants catching on, as well.

A little about me... currently, I manage a health store and am taking some nutrition courses.  (Yeah, I ended up not being interested in that Police Foundations stuff after all... haha big surprise there.)

What do I want to be when I "grow up?"  I haven't quite figured that out yet... but you betcha, it's gonna be something related to Celiac Disease.

I want to thank all of you for being amazing and supportive of my journey with Celiac Disease.  This story turned out much longer than I intended... sorry about that.


Do you have any stories about your gluten-free journey you'd like to share?
Labels: about jax Posted by Unknown on Friday, April 06, 2012